Buy One, Gift One FREE Nanodegree Program at Udacity! @Udacity
You are here: Home / Guides / 11 Most Demanding Programming Languages in [year]

Most Demanding Programming Languages in 2021

Below is the list of the best and most demanding programming languages in 2021.

Now that you know the 11 most demanding programming languages in 2021, let’s learn more about the listed languages.

If you’ve never coded a single line in your life, then Python should be the first to learn. Python is widely used by the top companies and their demand keeps increasing every year. Enroll in one of the best Python online courses on edX or from the best Python courses on Coursera.

Python has become an evergreen language in today’s silicon valley. If you want to start your journey in web development or machine learning, learning Python makes your life easier.

It is easy to remember and fast to learn. Python is a prerequisite for many in-demand jobs such as machine learning, AI, data scientist, deep learning, etc.

It supports various in-built and third-party libraries and frameworks. Some of the frameworks for web development are Django, Flask, Pyramid, and Turbo Gears.

Javascript is is an object-based programming language used for frontend development. It can only run on a web browser to make the websites interactive.

Javascript alone cannot be used to develop frontend web development. It needs both HTML and CSS to complete frontend development.

Speed is the advantage of using JavaScript. Because it runs immediately within the browser.

Although it is mostly used for front-end web development, it can also be used on the server-side through Node.js to build scalable network applications.

Since Javascript has flexible syntax it works across all major web browsers. Hence it is one of the easiest programming languages to learn for beginners.

Java is known for its popular quote “write once, run anywhere”. This translates to a compiled code that can run on any platform without the need for a recompile.

Java is very stable and hence some of the many big organizations have adopted it. So many opportunities lie ahead by learning Java in 2021.

Although C/C++ is difficult to learn it is still used by many companies and so does the job openings. If you want to be a system-level programmer, then learn C/C++. If you’re interested to learn C/C++ online, then we’ve listed the best courses to learn C/C++.

C/C++ is very fast and stable. It has ready-to-use libraries for arithmetic operations, algorithms, and data structures. You won’t believe if we tell you Microsoft Windows and Google Chrome are developed using C++.

C++ is also used to develop client-server applications, games, drivers, and embedded firmware. If this excites you, then you should consider learning it.

It is used to build secure applications such as XML web services, client-server, and database applications. These run on the .net framework.

C# is a high-level programming language that is easy to read. It has a similar syntax compared to the C language. So if you are coming from C/C++ background then C# is easy to learn.

C# is also used to develop 2D and 3D games using the Unity game engine, which produces the top games on the market.

Ruby is an Object-Oriented Scripting language used for web development. Quite particularly it Ruby on Rails is a popular web application framework.

Ruby has a reputation to have one of the friendliest and helpful user communities. Along with the active community, it offers simple straightforward syntax.

Shopify, Twitter, Bloomberg, Airbnb, and many other startups had built their website using Ruby on Rails. So if you’re aiming to become a web developer with an active community and simple syntax, then learn Ruby.

It has become the top 10 fastest-growing languages. Go is the core programming language favored by Google. It is a low-level language that is ideal for engineers in systems programming.

Go programming language has almost the same functionality as C and C++ minus difficult syntax and steep learning curve. It is perfect for building data pipelines, web servers, and machine learning packages.

The combination of Go language is the simplicity of Python and the productivity power of C.

If you’re an experienced programmer in Java, you should check out Scala. Scala combines the best features of Java with a twist. Its Object-Oriented Structure and JVM runtime environment.

Using Scala one can execute concurrent programming, allowing complex procedures in parallel. Scala developers can create and customize their own data types. This gives them a little peace of mind by knowing bugs are impossible at runtime.

Go for Swift programming language if you are interested in developing apps for iOS or macOS. Swift is the language released by Apple to develop apps for Apple products.

By learning Swift, you can develop apps for iPhone, iPadOS, watchOS, and tvOS. That’s right, the only software that you can build is for Apple.

Since is a tech giant, it will remain in the top position. Thus plenty of opportunities lie ahead for a Swift developer.

PHP is facing tough competition with Python and Javascript. Despite the drop in popularity, there are still many job openings for a PHP developer.

But it would be best to learn the most demanding programming language in 2021.

Among other programming languages, Rust is the upstart. That doesn’t mean there’s no value in learning Rust. According to a survey of the 2019 Developer Survey from Stack Overflow, Rust is the most loved for the 4th year in a row.

Rust is developed by the Mozilla Corporation and intended for low-level systems programming. Its emphasis is on writing safe code by preventing programs from accessing parts of memory that they shouldn’t.

The advantage of learning Rust will pay off in the future as the popularity of the language continues to grow. It is difficult to learn and master, hence you should avoid it unless you’re an experienced programmer.

You can sign up here in DataCamp for a monthly membership to learn the programming language. For a small monthly fee, you get unlimited access to all their course.

Now that you know which is the most demanding programming language in 2021, start learning. The quicker you learn, the better to find a job soon.

If you loved this piece of content, we recommend sharing it with your friends and colleagues. 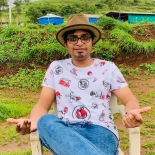 Google IT Automation with Python

Machine Learning with TensorFlow on GCP

This website uses cookies to improve your experience while you navigate through the website. Out of these cookies, the cookies that are categorized as necessary are stored on your browser as they are essential for the working of basic functionalities of the website. We also use third-party cookies that help us analyze and understand how you use this website. These cookies will be stored in your browser only with your consent. You also have the option to opt-out of these cookies. But opting out of some of these cookies may have an effect on your browsing experience.
Necessary Always Enabled
Necessary cookies are absolutely essential for the website to function properly. This category only includes cookies that ensures basic functionalities and security features of the website. These cookies do not store any personal information.
Non-necessary
Any cookies that may not be particularly necessary for the website to function and is used specifically to collect user personal data via analytics, ads, other embedded contents are termed as non-necessary cookies. It is mandatory to procure user consent prior to running these cookies on your website.
SAVE & ACCEPT
Share via
Facebook
Twitter
LinkedIn
Mix
Email
Print
Copy Link
Powered by Social Snap
Copy link
CopyCopied
Powered by Social Snap